In Defense of Authors 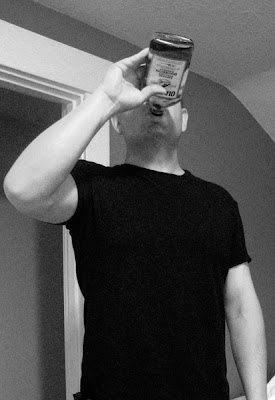 Over the last few years there have been any number of articles written about the death of the publishing industry.  Or, I should say, the traditional publishing industry.  And while an embattled publishing industry is nothing new, the rise of ebooks and self-publishing have caused the media spin surrounding the issue to change drastically.  In fact, through a rather stunning feat of propaganda, publishers have managed to conflate their rallying cry of "Save the Publishers!" with "Save the Authors!"

What is rarely explored in such articles is the fact that big publishers and authors are not on the same side.  In fact, they're not even fighting the same battle.  In a best case scenario, publishers and authors form a mutually beneficial business alliance.  But this is a far cry from the type of loyalty that a common cause engenders—just watch how quickly a publisher will drop an author once there's a dip in sales and that alliance ceases to be "beneficial" to them.

The publisher wants to make money.  Likewise, the author wants to make money.  There's nothing inherently wrong with this, but there is something wrong with pretending that the relationship is any more noble than that.  Even if you have a wonderful editor who slaves over your every comma (and I've had a wonderful editor), there's little she can do when the sales figures don't meet expectations and someone upstairs decide to pull the plug on your next book.  Because sales (i.e., money) is the whole point of your association.

So when publishers claim that the rise of self-publishing, ebooks, and Amazon is destroying the "literary world," what they really mean is that these things are destroying the "publishing world" as they know it (and want it).  They're afraid for the potential loss of their own livelihood, not the livelihood of the writers they publish.

To be clear, authors are still writing books in droves, readers are still reading books in droves (including ebooks), but the unfathomably archaic publishing industry has become obsolete.  In the age of instant digital files, publishers still take a year and a half just to get a book to market, and their ridiculously inefficient distribution/return system dates from The Great Depression.  Not only that, but in the same way that record companies fought tooth and nail against the inevitable changeover from CDs to MP3s, publishers are doing everything they can to promote print sales and delay the adoption of ebooks.

The big six publishers have launched a massive smear campaign to paint Amazon as a predatory mega-corporation trying to monopolize the industry (if not the world).  What they neglect to mention is that behind their friendly little imprints, they too are predatory mega-corporations trying to monopolize the industry.  My first novel was published by Harper Perennial, which is owned by Rupert Murdoch's News Corp.  My wife's first two novels were published by Atria, which is likewise owned by media leviathan Viacom.

Is Amazon really worse than News Corp or Viacom?  If one of the other mega-corporations of the publishing world had been visionary enough to see ebooks as the future and pursued market share the way Amazon has, do you really think it would be acting any differently?  This is not a David versus Goliath battle.  This is a Goliath versus Goliath battle.  This is capitalism.  It's how business in this country works.  And just because the business is "literature," doesn't change that.

So what does this mean for authors?

It means (duh) that we too need to look at books as a business.  Until recently, the only practical business model for a fiction writer such as myself was through the traditional agent/publisher route.  But the rise of ebooks and the ability to self-publish has changed that.  Despite all the nostalgia for print on paper, ebooks are the future.  And despite publishers' attempts to belittle it, self-publishing is now a viable business option.  Authors such as Amanda Hocking and Joe Konrath have proven it.

Choosing to self-publish has some very distinct advantages.  You can publish instantly, as opposed to waiting the aforementioned eighteen months or so for a publishing house to get in gear.  You can earn up to 70% royalties, as opposed to the tiny percentage publishers offer and most writers never actually see.  And most importantly, you don't have to get the golden stamp of approval from an editor (not to mention an agent, the head of sales, the head of marketing, and at least ten other seemingly random people) before you can get your book out to the public.

Are there disadvantages?  Of course.  But since just about every other single media piece written about self-publishing enumerates them ad nauseum, I won't go into them here.

Obviously, I'm not saying I wouldn't still sign with a major publisher if they offered me a truly lucrative (and fair) deal.  But they are no longer the only game in town.  And despite overblown fears to the contrary, Amazon isn't likely to soon become the only game in town either.  While they might currently be the slickest of the various self-publishing outfits, they in no way have a lock on this new world of ebooks.  After all, remember when the mighty AOL had a "lock" on the Internet?

Authors have been forced into subservience to the publishing industry for so long, that we've forgotten that WE are the essential component of this business.  We make the product.  Without us, there is no business.

Why campaign to "Save the authors!" when for the first time in history, we can now save ourselves?
Posted by Jonathan Selwood at 4:10 PM