The Rebirth of Literature 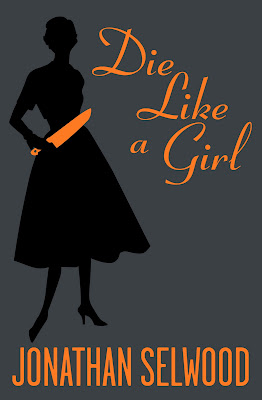 The word "genius" is tossed around lightly these days.  And perhaps nowhere more so than in the ever hyperbolic world of contemporary fiction.  It's the literary equivalent of academia's "grade inflation" and it sickens me.

After all, once we start referring to the rank amateur work of "writers" such as James Joyce, William Shakespeare, or Homer as genius, we devalue the very word itself.

Which is why I've decided to refer to my new novel Die Like a Girl as ultra-premium genius.

Who the fuck am I kidding?  It's not a story, it's the freakin' divine reanimation of the bloated adverb-ridden corpse of American literature.  Die Like a Girl doesn't just transcend genres, it humiliates them.  With extreme prejudice.  Chuck Norris-style.

How is that better than free?

Imagine you have a coupon for a free latte at a local coffee house in your pants pocket.  The coupon expires today, but you still have seven minutes until closing, so you should be fine... Except, on the way to the coffee house, you happen to stroll across the International Date Line, and suddenly it's not Tuesday anymore, but Wednesday, and the coupon in your pants is expired.  Worse yet, the giggles of the cute barista behind the counter as you enter the store cue you into the startling fact that you're not even wearing pants.

Do the math, bitches:


Fiona Blacklock sells drugs.  Not the hard stuff, but a rare hybrid strain of thousand-dollar-an-ounce marijuana called Biodiesel.  Given that she lives in the left-wing Mecca of Portland, Oregon, the cops mostly just look the other way—if they're not looking to score a little herb themselves.

Sure, she's fifty grand in debt to a psychopathic loan shark named Barry the Hippie, but other than that, it's really not a bad gig… that is, until she agrees to take emo pop star Finn "The Well-Coiffed Penis" Jameson along on a drug deal so that he can research a new indie film role.  A drug deal that goes very very wrong.

Now Fiona has to figure out who set her up, who's blackmailing who, where to environmentally dispose of a disemboweled corpse, how to seduce the single most attractive man in Hollywood… and, most importantly, whom to kill next.

(Praise for Jonathan Selwood's first novel "The Pinball Theory of Apocalypse"):
"Read this book, because laughing yourself to death is the second best way to go."—Arthur Nersesian
"Selwood's laugh-out-loud madcap debut mocks today's digitized, hard-sell, sex-obsessed world as it teeters 'somewhere between carnival and riot.'"—Booklist
"[Selwood] could be the next big kinda underground but still really marketable Chuck Palahniuk-type author."—Bookcritics

Posted by Jonathan Selwood at 1:35 PM

Email ThisBlogThis!Share to TwitterShare to FacebookShare to Pinterest
Labels: Die Like a Girl, ebook, Kindle, Rebirth of Literature, self-publishing, writing