Where the F#%k is Godot?

Like most authors, my life has been utterly defined by waiting.

From the early years sending out short stories to lit mags and waiting up to TWO YEARS for a rejection (cough, Zoetrope, cough cough).

To sending out queries and sample chapters of my novel month after month trying to get an agent.

To submitting to publishers and waiting a year for my first novel NOT to sell, and then another eight months for my second novel to finally sell.

Of course, once the novel did sell, I only had to wait another 18 months or so for it to actually hit bookstores (and even then, they arrived late).  And once the month or two of promotion for the new novel was over, I went back to... waiting.

I can put an ebook online any time I freakin' want to (instead of waiting 18 months for a publisher to put it out) and get paid with each individual sale (as opposed to waiting for years to see if royalties will ever appear... which, due to creative accounting, they won't).

The waiting is over.

Paper is the Tool of the Tool

Whenever I tell people that I'm switching to e-books, they either:

A) Blather on for a good ten minutes praising the miracle that is the Kindle.

B) Tell me that while they've never even TRIED a Kindle, they just love the feel of a real book and could never imagine switching.

(Actually, there is a "C) With Netflix streaming 24/7, who needs a book?," but we'll ignore those ignoble people.)

In any case, if you've never tried a Kindle, how can you so vehemently defend print?  I mean, I'm sure when electric light came in and replaced whale oil lanterns as a source of illumination, there were plenty of people who challenged the change--waxing nostalgic about the stench of burning rancid marine oil or lamenting the decline of the lucrative whaling industry.  But once they TRIED electric light, they quickly changed their minds.

And really, when it comes down to it, how good are print books as a reading format?  I personally hate reading hardcovers, because they're just awkward.  And while there are a few "acid-free" books coming out that will last awhile, most books are starting to decay before you even bring them home from the store.  (That "smell" of a book that whale oil-lovers are always going on about is really just the stench of literary compost).  And as for the environmental angle--just look at the freakin' clearcut picture.  Most readers don't understand that with the current publishing system, it's not just the paper books you buy contributing to the environmental apocalypse, but all the millions of copies that don't sell and get "pulped" (or half-assed recycled).

Posted by Jonathan Selwood at 9:08 AM 5 comments

My soon to be self-published new crime novel is about a low-level marijuana grower here in Portland, Oregon who is almost killed in a drug deal gone horribly wrong.  She subsequently manhandles, maims, and murders a staggeringly large number of people in an effort to figure out who set her up.  It's filled with graphic violence, torture, excessive illegal drug use, and, yes, even a (tasteful) male mouth-rape scene.

There may have been a time when such things were shocking, but these days, crime readers have been primed to expect and accept the most disturbing (not to mention disgusting) situations imaginable.  Hell, even prime time television is showing torture and male mouth-rape these days (C.S.I., The Shield... etc.)  But you know what mainstream television and modern crime novels are not showing?  Profanity.

If you've ever spent any time hanging out with real criminals, you noticed rather quickly that they f#%king swear all the m#th%rf#%cking c#%$ksu#$ing time.  It seems like most crime novelists (and crime TV show writers) spend all their "research" time hanging out with cops and lawyers.  Given that I spent most of my slightly wayward youth trying to avoid cops and lawyers, I took another route to my research.  I hung out with honest-to-God criminals.

So when I wrote my soon to be self-published crime novel, I went ahead and left in the profanity in an effort to be "authentic."  And the #%$@$$@$% hell if I'm gonna take it out...

It was actually my sister who got me to see the light with her wise words: "There's too much profanity in your novel."  If it had been anyone else, I probably would have dismissed the criticism and kept on #$%#$%, but not only is my sister a huge crime fiction fan, but she... Well, she's my sister.  So I went back through the manuscript and underlined every word of profanity, only to find that conjugations of the (ever conjugal) word f#%k appear at a rate of over four per page.  And that's just f#%k.  You should have seen how many times I used #$^&#%%#$%.

So, long story long, I'm taking out at least 80% of the profanity.  Not because the publishing house "Man" is making me, but because my sister told me to.  And she's right.

You got a f#%king problem with that? 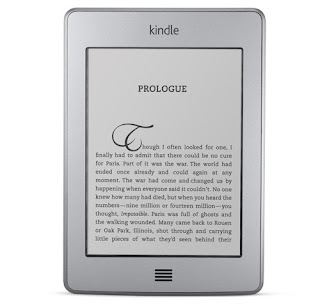 Duh.  If I'm gonna publish my work on Kindle, I need to actually use a Kindle.  I've played with the Kindle app on my iPod and briefly looked at my mother's old one, but Amazon is betting their new line of affordable Kindles will be the tipping point in e-book publishing.  I think they're right.

Of course, the new Kindles aren't actually out yet, so I still have to wait for mine to ship.  I went with the $99 Kindle Touch e-ink one, because I hate reading on a backlit screen (I spend all day on my laptop, anyway) and Gizmodo recommended it.

Why Kindle?  As far as I can tell, it's the easiest way to electronically self-publish as well as the most popular.  Plus, anything I publish on Kindle will show up on Amazon right next to my "traditionally published" novel The Pinball Theory of Apocalypse.
Posted by Jonathan Selwood at 8:48 PM 1 comments 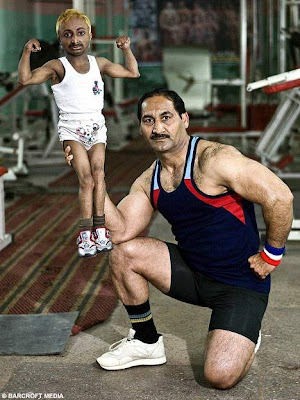 I'm changing my website to more of a blog format, and figured I might as well import the old blog posts from terminalalienation.com.

Mostly, because they're sheer genius...
Posted by Jonathan Selwood at 4:47 PM 0 comments