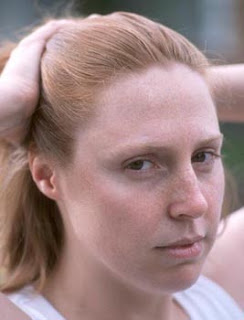 Many readers have had a hard time accepting my claim that agriculture is the root of all evil. I believe that my four part series Missing the Forest for the Field has made a convincing case, but in an effort to be even more convincingesque, I offer perhaps the most damning evidence of all...

That's right, honkies, crackers, anthropomorphic mayonnaise... whatever you want to call them, these white devils are a DIRECT result of agriculture.

Until recently, scientist thought that populations simply evolved to have lighter (i.e., pasty) skin as they migrated north in latitude. Now it turns out that AGRICULTURE is the cause...

According to the Daily Mail:

People in England may have only developed pale skin within the last 5,500 years, according to new research.

Scientists believe that a sudden change in the diet around that time from hunter-gathering to farming may have led to a dramatic change in skin tone to make up for a lack of vitamin D.

Farmed food is lacking in vitamin D and while humans can produce it when exposed to the ultraviolet light in sunlight darker skin is far less efficient at it...

...If the theory is correct it would mean that until this period in history, the ancient inhabitants of Britain and Scandinavia - our ancestors - would have had a dark skin tone.

So the next time "The Man" (i.e., the "White Man") is keeping you down, blame agriculture.

[Thanks to Free the Animal for the link. Although Richard took it in a slightly different direction...]
Posted by Jonathan Selwood at 9:12 PM