Why Rite-Aid Should Sell Crack 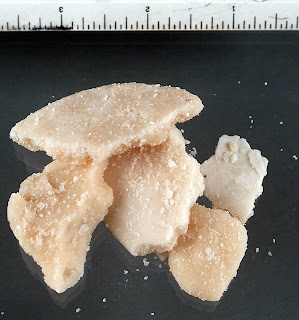 Imagine if not just marijuana, but ALL street drugs were suddenly legalized tomorrow.

First, it would rapidly cause the price of drugs to plummet. After all, the reason drugs are expensive is simply because they're illegal. Legal poppy plants, coca plants, and marijuana plants grown on an industrial scale would make the cost of maintaining an individual's drug habit negligible.

Second, the drop in drug prices would then drastically reduce most drug-related crimes, would empty out our overcrowded prisons and provide needed space for truly violent offenders, would eliminate most gang-related violence, would globally devastate organized crime by eliminating its principle means of earning money, would end the reign of brutal drug cartels in places like Mexico and Columbia, and would cut off the funding for the Taliban and for the many terrorist organizations that support themselves through drug production and sales.

Of course, there might also be a small downside…
Posted by Jonathan Selwood at 3:48 PM

Email ThisBlogThis!Share to TwitterShare to FacebookShare to Pinterest
Labels: drugs